Chef Cordero, a native of the Bronx, New York, has possessed a passion for food since his childhood. Growing up in New York, at the early age of 13, he started working at a local pizza shop. This is where his story begins, with the art of making New York style pizza. Too young to “officially” work, he held many positions in the restaurant business, initially serving under a mentorship of Vittorio DiVivo, an iconic figure in the Italian restaurant industry. At the age of 18 years old, he landed a position as a line cook at the famous Sardi’s restaurant located in the heart of the New York theater District. As a line cook, he worked his way up to headline cook, working directly with the owner Vincent Sardi Jr. At the age of 20, Italian Delight (then, a small pizza chain from New York City) offered Cordero the opportunity to oversee the pizza business’ newly expanded territories. Moving to Fairfax, Virginia, he led the company’s new expansion and immediately took over as President of Operations. As President of Operations, Cordero was instrumental in positioning Italian Delight in highly visible, profitable venues including shopping mall food courts – a relatively new concept at that time. After the company was sold in the late eighties, Cordero team up with Master Chef Sergio Castilloni, to pursue his dream of opening a fine dining Italian restaurant, Bravo’s. There Cordero work closely with Chef Castelloni, to created authentic Italian cuisine. Chef Cordero’s specialty dishes were handmade pasta served with delicate cream and wine sauces. After the success of the original Bravo’s, Mike decided to open five more Bravo’s restaurants in the Washington Metropolitan area. Eager for a new challenge in 1995, Mike sold four of the locations to his partner and only kept the Bravo’s location in Fairfax to serve as his home base. After visiting restaurants across the country, Cordero discovered a Brazilian steakhouse in New York and fell in love with the cuisine. After many months of consulting with a Brazilian chef to learn the intricacies of the country’s cuisine and how to prepare such a menu, Cordero surveyed more than 30 locations before choosing Malibu Grill’s (current) location in Falls Church, Virginia. Malibu Grill has been profiled in the Washington Times, Washington Post, USA Today, Restaurant News, Restaurant Magazine, Restaurant Institute, Restaurant Hospitality Magazine and on CNN as being the “hottest” new steakhouse in the United States. Chef Cordero was quoted as being one of the new trendsetters in the Washington metropolitan area. From Italian to Latin Fusion, Chef Cordero has taken his culinary visions to their highest level of success. Due to his level of expertise, experience, and his reputation for creative cuisine, Cordero is also sought out in the industry as a Restaurant Consultant for several other restaurant owners and investors, all wanting his recipe for success. Chef Cordero has made cooking appearance on Cooking Channel Fox 5, WUSA9, NBC4, WJLA7, NEWSCHANNEL8 and Good Morning Washington. Chef Cordero is currently working on his first cookbook to come out in 2019. As the Executive Chef and Owner of Bronson Bier Hall, Barley Mac, Bronx Pizza, Don Tito, Don Taco, Taco rock, RockWood and Primetime Sports Bar, Cordero is always on the move, defining and exploring new trends. Additionally, he is in the process of working on two new concepts in the Washington metropolitan area.
"Chase the vision not the money, the money will end up following you."

In addition to being a master in the kitchen, Mike is also a prolific restauranteur and hospitality insider. Learn more about all of Chef Cordero's venues and food products by clicking below.
VIEW VENUES + CONCEPTS 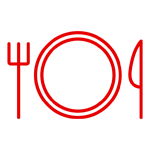 Browse the photos of Chef Cordero’s restaurants, bars and concepts. 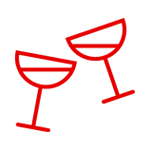 Spotted! Read all of the media and press mentions for Chef Cordero. 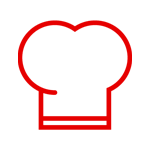 Send Mike a message for press appearances, media outreach or with general questions.